“Chloe has a lovely, distinctive voice.”

On the 25th July Chloe's brand new EP called Sidewalks and Stories will be officially released!
The huge launch party is being held at 229 in London. click on events to purchase a ticket.

Come and visit one of South London's best days out! Carshalton Environmental Fair is held each year in Carshalton Park on August Bank Holiday Monday. Monday 26th August 2019, 10.30am-8pm Carshalton Park, Ruskin Road, Carshalton, Surrey, SM5 3DD Children under 12: FREE 12-16 years and concessions: £3 Adults: £5 Family discounts are available on the gate Over 150 stalls, children's activities, local craft, interactive demonstrations, farmers' market, music and performing arts, lots of tasty food, a bar with real ales and more, information, campaign groups and more.... showcasing local sustainability initiatives. There's even a FREE bus to get you there! On average around 10,000 people attend. The event is organised by EcoLocal with a team of volunteers.

Having just returned from a tour in New York City we are excited to announce that Miss Chloe Ray is releasing her third studio EP "Sidewalks and Stories” the EP will be available to purchase as limited edition hard copies go on sale on the night of the launch party and the EP will also be available on ITunes as well as all other digital platforms for those who would like to Download a digital copy!

Miss Chloe Ray will be performing with her multi talented 7 piece band that feature on the record. This is Miss Chloe Rays biggest show to date and will feature special guest performers. The event is being held at the incredible 229 in Great Portland Street, where the Kings of Leon, Paul Weller, Florence and the Machine, Biffy Clyro, Seasick Steve and Foals to name but a few have all performed at. 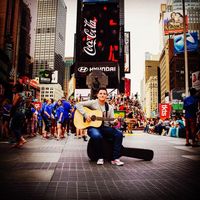 Chloe Ray - Live At The Bedford

Miss Chloe Ray and her full band will be performing live in the theatre at The Bedford in Balham.

There will be performances from: Miss Chloe Ray, Simon Baum, Jonas and Jane, Stephanie Davies and the super dynamics. 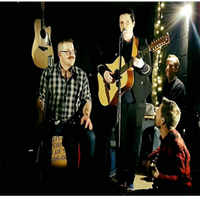 This event has now sold out.

Following on from the huge success of Chloe Ray's first EP, The Waiting Room which featured the popular track New York, and was mastered by Grammy nominated Emily lazar at The Lodge in NYC, Chloe has teamed up with 84 Records for her second release and we are delighted to announce that she is putting on an intimate show to celebrate the launch of her brand new EP "Reprise".

Since the release of the first EP, Chloe has received international airplay across America, Australia and Canada. Having also received countless BBC introducing radio plays across the UK as well as live performances and interviews, Chloe is incredibly excited about this new EP.

If you went to Chloe's first launch party, you will know that it sold out quick and she never fails to delivery an entertaining performance so be sure you don't miss out this time and get your tickets early - this one is going to blow the roof!

You will also be able to purchase a copy of her latest EP on the night of the performance. 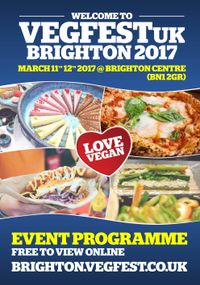 Chloe Ray will be performing a solo acoustic set at 11am as well as being joined by her band to perform at 1pm on the main stage. Tickets are £10 each.

Chloe Ray will be headlining the evening with her band. Tickets are £4 on the door. Supporting Chloe Ray is an incredible line up. Anne Sumner will be kicking the night off followed by 286 and The Nine Lives. 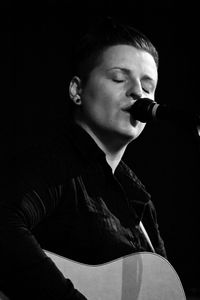 Chloe Ray will be performing a solo acoustic set for Oxjam to raise awareness and money to support the charity Oxfam! Chloe will be joined by other acts such as Longy, Scott Mcfarnon and Lola Young for a night of incredible entertainment. Early bird tickets available following the link. All proceeds go to Oxjam.

Chloe Ray live at The Bedford

London based Chloe Ray who grew up in Wallington, has just returned from New York City where her latest release “The Waiting Room” was mastered by Grammy nominated Emily Lazar at The Lodge. Influenced by artists such as Nick Drake, Joni Mitchell, Jeff Buckley, Alanis Morissette, Ani Difranco, Johnny Cash and Bob Dylan, she found a 12­string guitar and her own unique emotive and spellbinding sound.

Come and join myself and my full band we will be performing the debut EP, which took us all the way to the BBC as well as exclusive new tracks.

Come to see Chloe and her band performing at this incredible venue in Soho. Entry £4

Fill in your event details including pricing info and age limit here.

Chloe Ray is currently in the USA promoting her release The Waiting Room EP. The first show is in Paddy Reilly's Music Bar In New York City.

Chloe Ray will be headlining with her full band at The Spice Of Life in Soho.